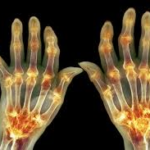 Just one physiotherapy session lasting for 45 minutes each week could be enough to give arthritis patients the amount of exercise they need in order to experience improvements to their condition, according to a new study. Researchers based at Northwestern University in the US found that taking part in exercise of a moderate intensity for just 45 minutes per week could be enough to keep an individual with arthritis mobile with manageable symptoms for two years or more compared to those who did not take part in any physical activity. It was found that partaking in physical exercise for less than an hour every seven days could have significant benefits for the health of people living with arthritis, as they are not necessarily able to meet recommended targets for exercise. After exercising or taking part in physiotherapy sessions for just 45 minutes a week, arthritic patients were 80 per cent more likely to still be mobile and functioning at an acceptable physical standard two years later in comparison to their counterparts who did less exercise, or none at all. This was found to be the case for both men and women, highlighting the potential benefits that just a short amount of exercise every week can have on keeping the joints of arthritic patients moving in order to prevent the condition from worsening and developing into a potentially debilitating state. Dorothy Dunlop, lead author of the study, explained: “We were interested in seeing what kind of physical activity might be beneficial to promote good function down the road. “We found moderate-intensity activity rather than light activity, such as pushing a grocery cart, to be more valuable to promote future function.” With this in mind, physiotherapists treating patients with arthritis may wish to focus on getting them to try activities such as brisk walking in order to improve their symptoms.
myPhysioworks Physiotherapy Centres in Kuala Lumpur, Klang and Banting, Malaysia has a comprehensive treatment program for Arthritis patients consisting of  a combination of physiotherapy modalities and traditional ayurvedic treatment sessions.